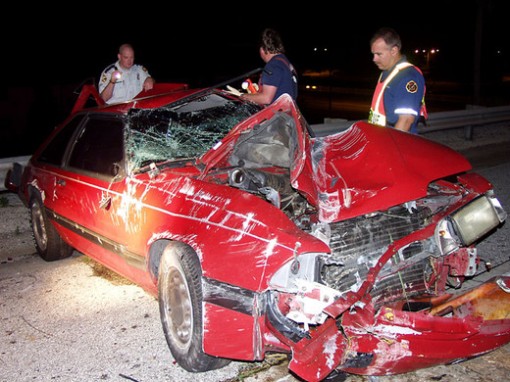 I could tell you terrible stories. Stories about dead friends, dead coworkers, dead family from drunk drivers. I could tell you of a few friends who made the choice you make, and drove drunk and of the heartbreaking and life changing consequences they experienced. I could tell you about the funerals, the jail time, the broken families that that a stupid and selfish decision resulted in, but you don’t believe any of this could happen to you. You’re different from everyone else, right? You’re careful. You drive better when you’re drunk maybe? The police won’t stop you. You won’t injure or kill anyone, that only happens to idiots who are really drunk. You won’t get a DUI, lose you car, your livelihood, your freedom. That happens to other people.

Keep it up. Drive to the bar when you know you’ll be drinking. Get angry when people tell you not to drive. Let your ego determine what you do. Don’t give a single fuck about consequences, or about what your friends and loved ones think, because this is about you! Don’t consider taking a cab, that’s not cool. You show them. Drive anyway. You’ll make it home. That’ll will show them. When someone speaks up, get defensive. Tell them that hey, nothing happened. Make them feel like an idiot for even questioning your actions, because this is only about you. You’re showing people exactly what you value when you do this. What’s important is your ego. you self image. And don’t forget you’re a great role model too.

You could get away with this for quite some time. Years maybe. Or maybe not.

Maybe tonight some last minute shopper happens to get in your way; some family coming home from a Christmas party; someone coming home after working late gets between you and your car and your goddamn right to drive yourself home no matter how much you’ve had to drink. Maybe there will be kids. Maybe you’ll just hit an electrical box and cut power to neighbourhood, because who the fuck cares about how this could inconvenience anyone else.

Remember this is about you.