There comes a day when you open to Hope, examine its feathers, begin to hear its song.

Whistling very quietly you make plans for him, and even for yourself. Not big plans, small plans like a Service Dog for him, and a divorce for you. The dog will ground him, and he will keep getting better. He will work, he will find stability and he will have times where he is happy. For you, it’s just a small hope, a little house, a little life of your own, a means to live this life you imagine.

The call comes, just as it always does. The call after the successful holiday visits, after your biggest worry was how to pay for a dog for him. Aside: you mistype dog as god and consider leaving the typo. Spoiler: you never get to figure the pay for it part out. The call after everyone has assumed that he is now Better and Everything Will Be Okay and are secretly so fucking relieved because having to keep hearing about his struggles was rather exhausting, and they would like the much easier task of thinking all is Just Grand now.

The call comes and he is unstable, he is very ill and he is back in a hospital. You’ve had this call dozens of time, you still whistle and hold Hope’s feather between your thumb and first finger.

Then silence. Silence for days and days and you don’t know where he is and no one is answering your messages. The silence perches in your stomach. The silence does know how to whistle.

The new call came this morning while you were drinking coffee. The new call included the phrases,

He isn’t going to get better than this.

The feather is gone and you are trying desperately not to sound like someone who is sobbing into a couch pillow between mumbled replies.

Then you hear the voice that said to you years ago that if you ever tried to leave, to divorce that you would be destitute and live in a ‘rat infested shithole’ which is now somewhat funny because of the current news. Still, how can you possibly think of divorcing, taking money for your little house when your son will need it for the rest of his life. How can you think about yourself when you realize he will not get better and you will be in charge of him for the rest of your life. 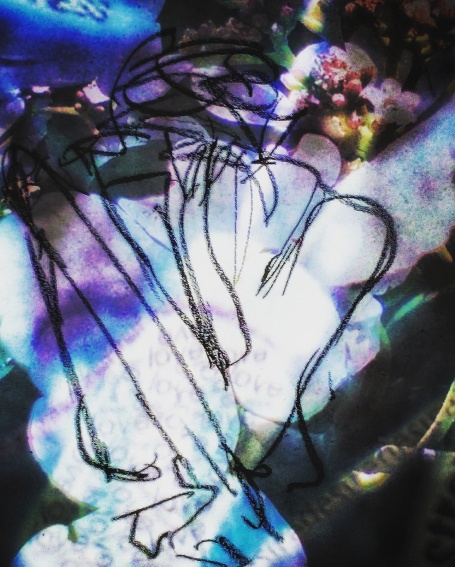